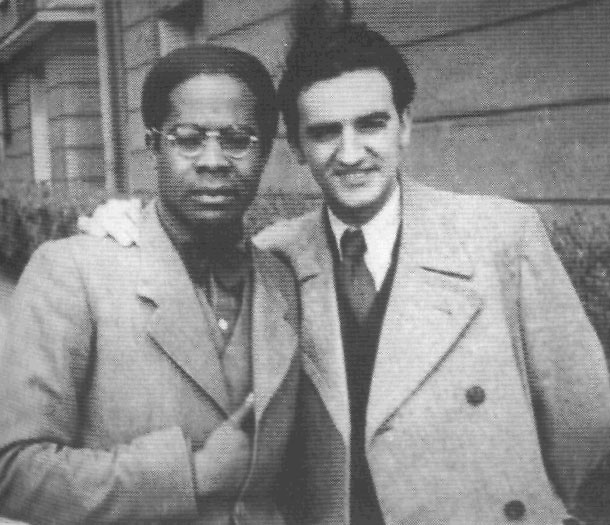 As France prepared to face Croatia in the World Cup final, I couldn’t help wondering what poet Aimé Césaire (1913–2008) would have thought.

Eighty-three years before teenage phenomenon Kylian Mbappé and his teammates blazed their way to their fateful encounter with Croatia, Césaire was an intellectual prodigy on the cusp of his own life-changing experience with the Balkan nation.

After excelling at school in his native Martinique, Césaire earned a scholarship to study in France and compete for a spot at the École Normale Supérieure, one of the country’s elite postsecondary institutions. It was there that Césaire met Croatian Petar Guberina, a fellow student who became a lifelong friend.

In the summer of 1935, Guberina invited his classmate to visit his hometown, and Césaire, too poor to return to the Caribbean, accepted. That trip not only introduced the Martinican to the coastal town of Šibenik, then part of the former Yugoslavia, but also inspired him to draft the poem that launched his ascent into literary history: Notebook of a Return to the Native Land (Cahier d’un retour au pays natal). First published in 1939, the Notebook became a founding document of the Francophone embrace of blackness known as Negritude.

While the youthful Mbappé, the son of Algerian and Cameroonian parents, has prompted examinations of French identity with his skillful, swift play on the pitch, a twentysomething Césaire provoked reconsiderations of Frenchness through his nimble, imaginative play on the page. At ease both wielding formal language and rejecting it, Césaire used the Notebook to evoke the misery and beauty of the Caribbean, to weigh the psychic costs of being black in metropolitan France, and to stake his claim to an African diasporic identity that could fill the void left by a national affiliation that was incomplete at best and hostile at worst.

Unquestionably French (France colonized Martinique in 1635, and Martinicans have been citizens since the permanent abolition of slavery in 1848), Césaire nonetheless recognized how his status as a colonial subject and black man proved the limits of French citizenship and the nation’s republican ideals.

When Les Bleus won the World Cup, then, I didn’t see evidence of a colorblind France or a definitive rebuttal to the rise of fascism. Instead, I saw reminders that, as others have also noted, national identities are always under construction, up for debate, subject to interrogation.

I saw living testaments to the fact that France has been home to, and has benefited from, diverse populations for centuries.

I saw the buoyant mood of 1998, when France last won the World Cup, revived in an otherwise demoralizing 2018.

And, in the spirit of Aimé Césaire, I saw young people—Griezmann and Mbappé, Pavard and Pogba—taking up a mantle that stretches from the storming of the Bastille to the sounding of Negritude to claim and define Frenchness for themselves. Allez les Bleus!

Jennifer Wilks is an Associate Professor in English and in African and African Diaspora Studies at The University of Texas at Austin. She is the author of Race, Gender, and Comparative Black Modernism: Suzanne Lacascade, Marita Bonner, Suzanne Césaire, Dorothy West (Louisiana State UP, 2008).