The South, Southerness, and Latinos and Latinas: What are Their Intersections?

By Claudia Milian and María DeGuzmán on January 3, 2017: Podcasts

Author and professor Lorraine López, from Vanderbilt University, joins the Podcast from the South team in North Carolina for this inaugural episode focusing on the South, Southerness, and Latinos and Latinas. 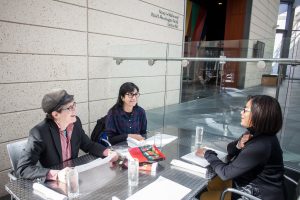 The South’s distinctiveness, López tells the hosts, can be attributed to the dominant black-white racial binary that “refuses to reckon with the growing and influential Latina and Latino presence” and the stereotyping of this population in the region as an “immigrant, migrant, transient presence that does not require serious acknowledgment.” One could move about in Nashville, Tenn., López makes known, and not ever have to seriously engage with Latino and Latina individuals, despite their growing presence. These persons “are relegated to the margins of one’s life because of social strata.”

This exchange of ideas brings up questions of Southern Latino and Latina encounters: how to “enact and transact” with them and how to work through as well as engage in “important communication” with those relegated to the peripheries, as López points out.

And, of equal importance: how does one teach Latino and Latina Studies through Southern history and all that it implies? How do students analytically navigate the history of slavery, often paired with guilt and grief, only to add another layer that, at times, draws on other sources of grief through another racialized population like Latinos and Latinas?

The three interlocutors concur that the idea of the South––its narratives, the formation of Southern people––need to broadened so as to retell Southern stories through the Latino and Latina presence, the Southwest, as well as Latin American spaces. 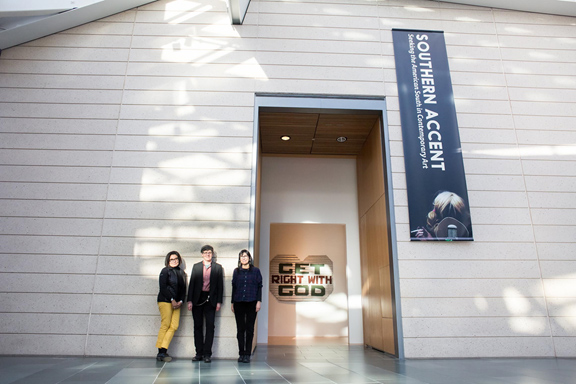 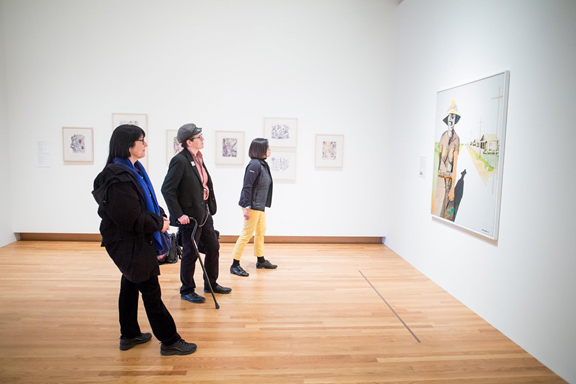